This summer, ladies from Cameroon will be competing on several fronts. The women’s soccer (football) national team is presently in Canada, readying for the FIFA Women World Cup which begins this week-end (June 6, 2015). At the same time, Another Cameroonian lady is getting ready to compete on an international level. Manka Nadine has been selected to represent Cameroon to the United Nations Pageants contest which begins on July 12, 2015 in Kingston, Jamaica. The United Nations Pageants is a prestigious international event, bringing together representatives of a wide range of communities and cultures from all over the Globe.
Manka Nadine has been a model for a while now. She first appeared in the original issue of Cameroon Traveler Magazine, modeling for a budding local designer named Reneta Ndisang, on whom we made a feature. Nadine, is a very self-confident beautiful girl with big dreams and a high sense of fashion. She is a very kind-hearted and carries herself graciously. Manka Nadine will be competing alongside hundreds of other women vying the Miss United Nations’ crown. The road that leads Nadine to Kingston has been long. We have asked Nadine to enlighten us through an interview about herself, the United Nations Pageants contest, and her goals for the future 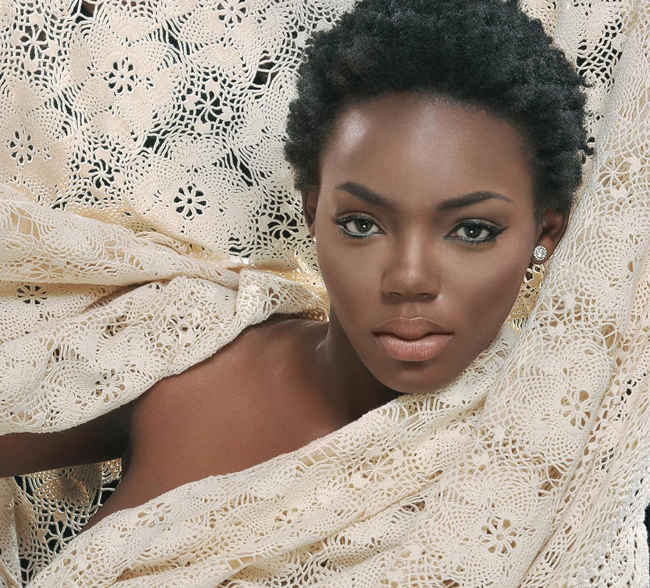 CTM: Who is Manka Nadine?

MN: Truth be told, I don’t know how to answer this question. I would say it depends on which angle you choose to look at me. Besides been child to my parents, a sister to my siblings, a good friend to those who call me friend, a role model to those who consider me one and an accountant to be, I am that Cameroonian girl who loves to leave a positive foot print, be outstanding and tries to stay true to herself

CTM: What drives you?

MN: My goals drive me. I am a go-getter. Once I set my mind on something, I won’t stop until I get at it. That alone is my motivation. Of course, each day has its own goal and every phase of one’s life comes with a different goal. A new and more challenging one at that. As Maslow said, it depends on which stage in the hierarchy of needs you are. Everyone has to ultimately self-actualize. 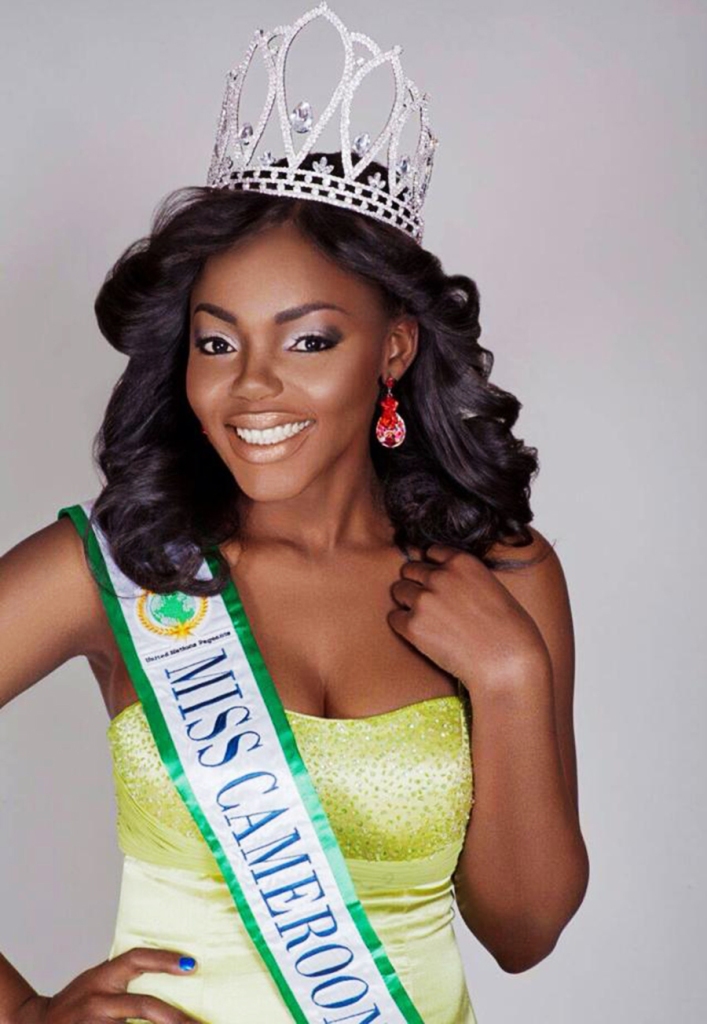 CTM: Modeling, fashion… why is this important for you? Would you share some of your earlier experience with our readers?

MN: I think there is an expectation gap with the way a lot of people perceive the word model. 90% of people know a model as a girl or guy who does runway, fashion shows and all that. That is the most popular misconception. A model can be anyone worth looking up to. For example, there are models in every aspect of life: accounting, acting, motherhood, runway, doctors etc. As long as you take it upon yourself to be outstanding and the best in what you do, inspire others who want to pursue a career in same field, you become a model. That is where I belong. I have never set out to be a “fashion model” I just woke up one morning and realized I was also been referred to as a fashion model. My becoming a model is a just a byproduct of who I really am. This is the fact. It is first of all about believing that you are role model as a person. What I mean is, you have a lot of people looking up to you for something. You then recognize that fact and live by it. Next, you take it a step further to be an ambassador for a cause. It could be through beauty pageant, an NGO that educates other people in different aspects of life, or an ambassador that raises awareness about a societal ill. In the course of this, your image gets out there, photographers capture it. Same goes for fashion designers and magazines. At this juncture, the model for the society and the fashion model merge into one. That’s exactly what happened to me. That’s why I can literally say I woke up one morning and realized I was a fashion model too. It was only a byproduct. The only conscious thing I did was be outstanding and be a role model; fashion and beauty was a byproduct of this effort.

MN: The United Nations Pageant has been conceptualized as a prestigious international event, bringing together representatives of a wide range of communities and cultures from all over the Globe; from the world’s most culturally diverse places. The delegates aim to share common values and foster international friendship and understanding. The pageant’s principal objective is to identify and showcase the world’s best tourism cause ambassadors; those who have the skills, talents and personalities best suited to promote their respective countries in furtherance of tourism, international goodwill and cultural harmony. Apart from a strong emphasis on goodwill tourism protection programs and destinations promotion, the pageant is also aimed supporting environmental protection via strategic programs.
The purpose of the United Nations Pageant is to give all men & women the opportunity to come together in a pageant setting regardless of their background, to build relationships with other men & women who are working diligently to leave a positive impact in their communities. As the United Nations Pageant delegates come together and share their community volunteer projects, ideas and goals with each other, they become unified as pageant brother/sisters in the United Nations Pageants family. This sister/brotherhood strengthens them to see beyond their immediate surroundings and situations and extend their service across the globe. As each delegate share ideas of how he/she serves his/her community, he/she and all whom he/she meets will be strengthened and edified because their paths have crossed.

CTM: How did Manka Nadine get selected as Cameroon’s representative?

MN: The selection process for me for the United Nations pageant was a challenging task. In 2011 I was first runner up for Miss West Africa Cameroon. At the result of the publicity that came with this achievement, I got contacted by the United Nations pageant organization to submit a proposal of my project, which I did. I went through a series of selections phases including phone interviews. I was told earlier in the selection process that there were over 1,000 applications from Cameroon. I was shocked… A few weeks after the last panel interview I got an e mail saying congrats I have been selected as the Cameroon’s delegate. About a month after, I got a parcel from Kingston, Jamaica, where this year’s finale will take place. The package contained the United Nations official sash and banner. It is my hope that after my participation this year, I officially bring the franchise to Cameroon.

CTM: Seems like a very long and stressful selection process. What are your other projects for the future?

MN: I always love to say “one day at a time” No matter how fast one tries to run, we can never really run faster than one day at a time. I am an accountant in the making, currently pursing my CPA accounting designation. However, the big goal is Manka Nadine™. A Fashion brand that I am currently building to honor my love for fashion. The Mission of this brand is “to get women of every shape and size confident in their uniqueness”. I believe that every woman is beautiful just the way they are so Manka Nadine™ will be a fashion brand where women will be able to feel confident and accept and express their uniqueness rather than shy from away from it 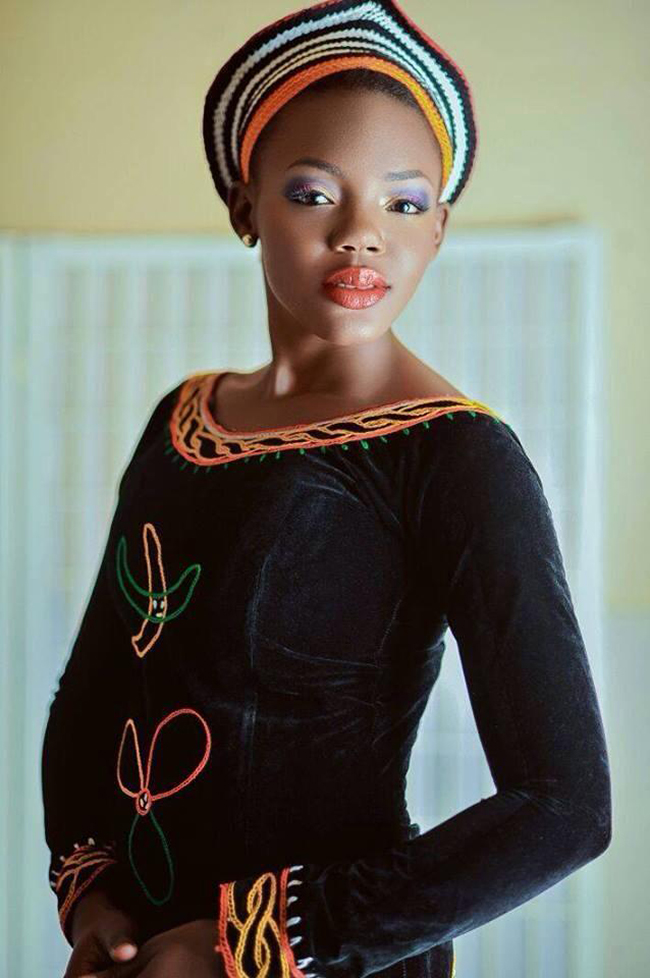 CTM: How would you like the rest of the world to view Manka Nadine?

MN: People will always have their individual frames of reference through which they look and perceive me, and the truth is that I can’t embark on a journey to change that. This is what I want the world to know. I am human, I make mistakes, I have feelings and the only thing I long to be every day of my life is a better person than I was the previous day.

CTM: Where do you see yourself 5-10 years from today?

MN: I see a brand “Manka Nadine™” not an individual.

You can support Manka Nadine by liking her pageant Facebook page